Below are info of this great performer. When I heard this voice and style "Wow" I also said to myself in his words,"Believe In Me" We need to as his music touches you and I and everyone because of his word and arrangements. If you don't support local talent in many various ways,why not? Share this Artist because I always said,"You preach it and hearts will open here and everywhere" Respect to the Artist and his crew and managment. Buy "Believe In Me" on iTunes: https://itunes

Follow them on Facebook Come or go support local talent Posted;By Band MONTREAL! Don't forget to get your tickets to see us play alongside Hawthrone Heights on April 17th. Tickets are going fast, get em' before they run out! #MonarchsofDisarrayMonarchs #Disarray #Rock #HeavyRock #Montreal

Special thanks to :BigDreamzRecords Great Group from Montreal and awesome talent and influence by Public Enemy,Beastie Boys / The Rage against the Machine and The Roots #4dz #nationruckus #hiphop #montreal

I do not own this video or have any rights to it.The reason to post this is to show that with the love of HipHop or other love there is a way to succeed. Afrika Bambaataa Kevin Donovan, better known by the stage name Afrika Bambaataa, is an American DJ from the South Bronx, New York Myself with Kevin Donovan AKA Afrika Bambaataa Biography: Afrika Bambaataa was an important rap-music pioneer who, much like Grandmaster Flash, became a forgotten elder statesman as rap evolved. B

Networking and collaborating together with Social Media and giving them a voice to promote it all! 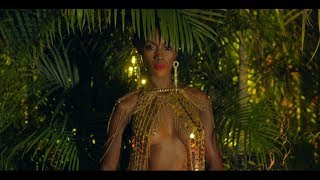